Return to authors
Reeve and McIntyre

Kevin the Roly-Poly Flying Pony wants to take part in the local Magical Pony Club Steeplechase, but some snobby unicorns and their riders aren’t so keen on this idea. And a dastardly villain has his eye on snatching the valuable winner’s cup… can Kevin win the race and save the trophy? Join story legends Philip Reeve and Sarah McIntyre for fun and drawing, and help them create a brand-new mythical race!

Philip Reeve & Sarah McIntyre  have created more than eight books together, including Oliver and the Seawigs, Pugs of the Frozen North, and the new series about Kevin, the Roly-Poly Flying Pony. They are now the acknowledged King and Queen of Children’s Fiction and their glorious reign shall continue for a thousand years. 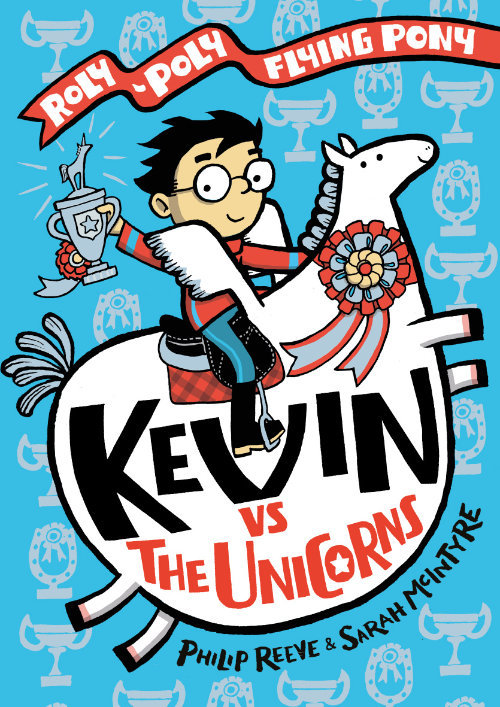