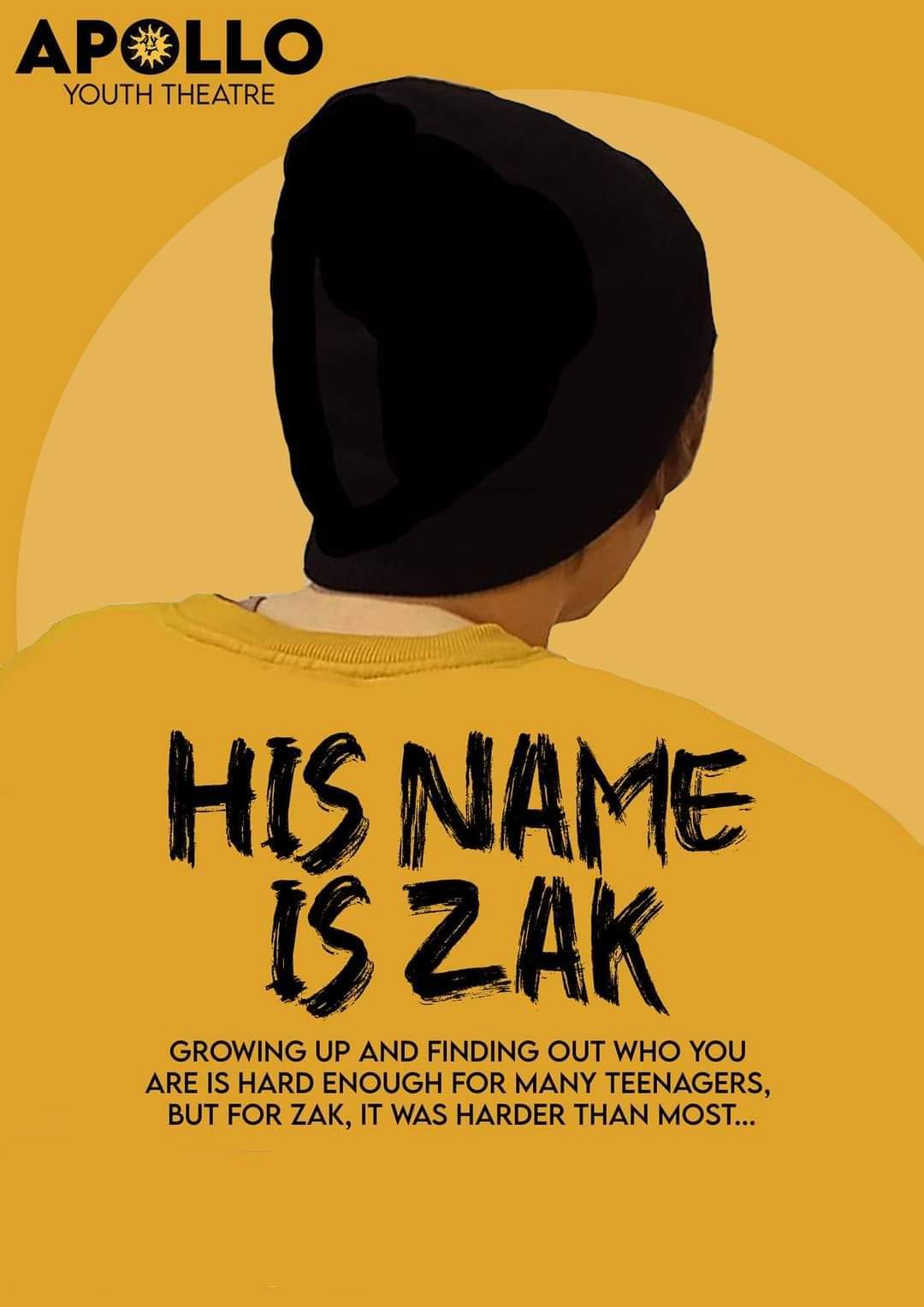 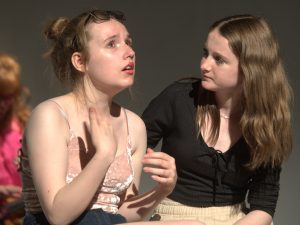 Love and hate are intimately entwined, as this story unfolds we see love in its many guises, but does it come with conditions? Growing up and finding out who you are is difficult for many teenagers, but for Zak, it was harder than most. Differing viewpoints to the same situations cause conflict and ultimately pain.

Often when someone attempts suicide the first question asked is why? Through the characters, the audience go on a journey of discovery of what exactly life is like for Zak and what could possibly have brought him to this pivotal point in his young life.

There will be a chance to discuss the issues, with a Q&A directly after the play has finished.

The Apollo Youth Theatre bring their “Exceptionallythought provoking and creative production” (IOW County Press) His Name is Zak.  This socially engaging piece of Ethnotheatre includes film, animation, music and dance all used to unravel the relationships around Zak to examine what brought him to this point of desperation.  “Unexpectedly humorous in parts, you’ll walk away with loads of questions to a cliff hanger and more importantly to yourself”. (IW Theatre)

Based at the Apollo Theatre in Newport, the members learn how to be creatives, developing skills and putting them into practice in public performances. The participants work with a variety of different genres to give them diversity in their work . They have the opportunity to devise their own work as well as perform plays that are written for them. The youth theatre challenges its members and sometimes its audience in their creations, as theatre is an evolving practice.

This event is suitable for those aged 12 and over.